INTERVIEW WITH THE ŠKAMPA QUARTET 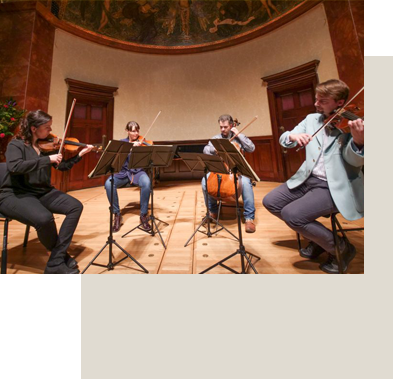 The Škampa Quartet is one of the finest string quartets that has represented the Czech Republic in major concert halls around the world. With a long list of successful recordings and major prizes, the group has a strong international following. Its members consist of Helena Jiříkovská, violin, Adéla Štajnochrová, violin, Martin Stupka, viola, and Lukáš Polák, cello.Here, we talk to Helena Jiříkovská.

‍When and how did the Skampa Quartet first come together?
The Skampa Quartet was formed back in 1989 when we were studying at the Academy of Performing Arts in Prague. The name, Skampa, is for the Czech violist, Milan Skampa, a teacher at the Prague Academy of Music who played with the famous Smetana Quartet for many years.

‍How often do you rehearse?
We try to rehearse every day for several weeks leading up to a concert.

‍How do you decide your repertoire?
First, we discuss which repertoire we would like to play, then we look to see if there are any anniversaries of the composers coming up, and finally, and importantly, we take note of what the promoters want. We always discuss it amongst ourselves.

‍What is the most challenging work to play?
I would say Beethoven’s late quartets. They present a really big challenge for every quartet!Photograph: ©Vincent Oliver

‍What is your favourite performance venue?
We have two, the RudolfinumHall in Prague and the Wigmore Hall in London.

‍Do you find that international concerts present problems with travel?
Yes, we have so many problems especially with air transport. The rules have become stricter for the transportation of musical instruments. Increasingly, we now find that we have to pay not only for the the cello, but also for the violins and the viola. It´s starting to get very expensive!

‍How far in advance do you learn a work for a forthcoming concert?
We start to prepare as soon as possible – ideally a few months in advance.

‍Approximately how many concerts do you do a year?
Currently, we perform around twenty to twenty-five concerts a year – although it would be very nice to play more often!

‍Outside of the Skampa quartet, do you as individuals perform/teach?
Yes, we do. Helena is the concertmaster of the Talich Chamber Orchestra and the Czech National Symphony Orchestra, Adela plays baroque music, Martin works as a sound engineer and Lukas is the concertmaster at the National Theatre Brno.Photograph: ©Vincent Oliver

‍What problems do you encounter as a quartet?
It’s mostly a question of rehearsal time. Also, we need to find a common view on the interpretation, how to feel music together, intonation, dynamics etc.

Any advice for any aspiring young chamber ensembles?
We would definitely recommend playing chamber music in addition to solo playing, as it provides an overview of music in the best possible sense. You can perform as a soloist but with the cooperation and interaction of other musicians. You also learn how to listen to each other. Playing with a small ensemble is uplifting. We love it!

Sheer Delight from the Škampa Quartet 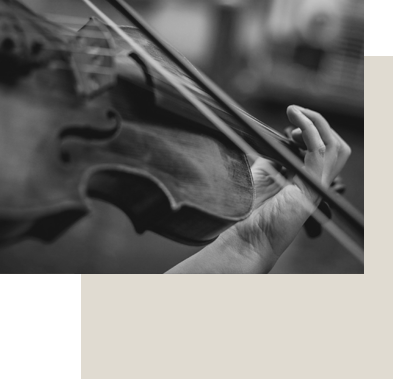 Their interpretations and performances of the music of their homeland have been foremost in establishing the Škampa Quartet’s esteemed reputation, and in this recital – in which the Slavonic melodies by turns bloomed with buoyant optimism and wept with nostalgic longing – it was plainly evident why they have been celebrated as masters of the Czech repertoire.

But, our journey ‘home’ began in neighbouring Austria, with Haydn’s final complete string quartet, the Op.77 No.2 in F, one of only two completed of a set of six commissioned by Prince Lobkowitz in 1799. Whatever the reasons for 67-year-old Haydn’s failure to fulfil the commission – ailing health and energy, the distraction of the composition his oratorio The Seasons, or disconcertment upon the publication of Beethoven’s radical and proficient Op.18 quartets created for the same patron – lack of musical invention was certainly not among them.

I felt that the quartet took a little time to settle at the opening of the Allegro moderato, but by the time the repeat of the exposition was reached the easy conversation was in full swing, the first violin’s melody full of beguiling grace, its elaborations effortlessly delivered by Helena Jiříkovská, leading to increasing enrichment by the inner voices.

The fairly light, airy sound of the first movement was succeeded by a more earthy robustness in the Minuet; here, the temporally destabilising rocking fifths and octaves of the cello assumed a rustic flamboyance as the players raced through the jokey Presto. A quiet lyricism characterised the Trio, the warm D flat tonality underpinned by cellist Lukáš Polák’s rich low pedals. The Škampa showed their instinctive appreciation of the formal properties of the music, negotiating the odd inconclusiveness of the Trio with naturalism, convincingly leading us back to the return of the Minuet.

Similarly, the idiosyncrasies of the Andante were absorbed into the compelling, at times quite operatic, whole. The cello’s steady repeating quavers imbued a march-like feeling to the opening duet with the first violin, and this onward propulsion provided a cohering centre around which the melody was subject to contrapuntal, developmental and harmonic explorations. The Vivace finale showcased Jiříkovská’s nimble finger-work, but each player assumed individuality within the busy four-voice texture. The canonic complexities were lucidly distinguished, and the concentrated material felt fresh and invigorating. With the closing bars growing ever softer, the forte cadential chords were rich and sunnily positive.

We entered a world of a completely different hue with Borodin’s Quartet No.2. Adéla Štajnochrová’s poised low A initiated the cello’s radiant tune, the first of the quartet’s infinitely affectionate melodic outpourings which reportedly embody the composer’s love for his wife, Ekaterina, and were composed to evoke his feelings when they met and fell in love in Heidelberg 20 years earlier.

The animated passages were invigorated by fluid syncopations and resonant accents; the rallentandos were coaxingly suave. But the expressive sensibility of this movement was nowhere more powerfully communicated than in violist Radim Sedmidubský’s resonant cantabile, his viola turned towards the audience (the violist was seated opposite the first violin) to sing forth opulently.

The Scherzo sparkled, and once again the formal complexities and tensions were assuredly negotiated, the chromatic waltz-like runs deliciously unhurried and dreamy. The impassioned Notturno was a tragic drama; the cello’s opening soliloquy throbbed with controlled intensity – although at times I felt that Polák was pushing the other players forward somewhat. After the profound ardency of the theme, the counterpoint of the central section was dazzling; and the coda, as cello and first violin joined once more in a silvery ascent, was beautifully tender.

The halting introduction – hints of Beethoven’s ‘Muß es sein’? – to the Finale was despatched fairly swiftly, the unison pairings perfectly attuned, and the ensuing Vivace cast a nod in the direction of the previously heard Haydn frolic, although the contrasting brooding passages resonated more darkly. Thus, there was joy, fervency and wistfulness in this extremely gratifying performance of Borodin’s musical ‘love letter’.

Despite its popular nickname, Dvořák’s ‘American’ Quartet seems to me full-bloodedly Bohemian, and the Škampa relished the romantic idealism and pride expressed in the composer’s impassioned idiom, Sedmidubský’s opening tune dancing with life and bursting through the shimmering, oscillating violin thirds. The organically evolving melodies rang forth with lyrical eloquence, but a driving energy was sustained: grace perfectly balanced with vigour, each mood perfectly captured.

Moreover, the way the individual voices – dignified cello pizzicato, violin syncopations, rocking arpeggios from the viola, and the first violin’s pensive melody – blended into a whole at the start of the Lento was both impressive and moving. The movement was unfailingly songful throughout, but the viola’s chromatic disturbance of the closing cello lament injected a subtle but telling note of tragedy.

An incisive unison for cello and second violin kicked off the Scherzo (molto vivace) with briskness and fleetness, and the displaced rhythmic motifs – twos against threes – were made to feel relaxed and natural, creating a carefree mood. In the more mysterious Trio, the players’ attention to detail brought forth every nuance of the varying timbres and textures.

In the Finale, I doubt that there was a foot in the Hall that was not tapping to the beat of the vigorous dance that the Škampa launched with joyful freedom. The lucidity of the brief Meno mosso brought a temporary respite before the unstoppable, effervescent verve resumed, sweeping to an exhilarating close.

On the program works by Josef Suk, Antonín Dvořák and Bedřich Smetana. Dvořák’s favourite pupil and son-in-law Suk was represented by a short Meditation on an old Bohemian Choral in which the Škampa Quartet held the audience in trance by an exemplary variation and ever changing timbres.

Dvořák's later quartets are not very popular on the concert platform. Also the G major Quartet Op. 106 is far from easy-on-the-ear. But performed by the Škampa Quartet it overwhelms by the sheer force of expression, the intensity of tone-colour and the technical perfection. Here every phrase is exciting, dynamically well-differentiated and perfectly balanced in tone. This is undoubtedly due to the fact that here four equally able musicians meet who combine professional expertness with a clearly visible joy of making music.

It goes without saying that this intensive approach also contributed to a meaningful rendition of Smetana's First Quartet in E minor "From my Life". This happened in such a forceful way that a cello string broke just before the beginning of the tinnitus tone which Smetana wove into this quartet as a first sign of his approaching deafness. The inevitable break was bridged by viola player Radim Sedmidubský's explanation of the work in perfect German..

An spirited "Karpatska" by former quartet member Pavel Fischer was offered as an extra. 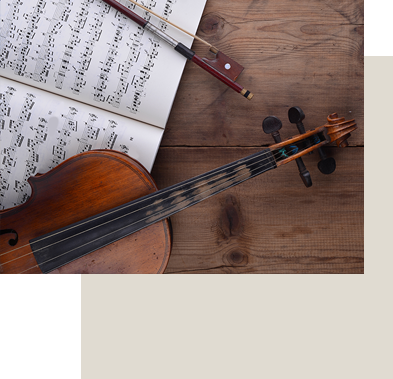 A new season of BBC Radio 3 Lunchtime Concerts began at Wigmore Hall with a traditional but nicely paired programme of string quartets by Mozart and Schubert from the Škampa Quartet.

Their musicians’ performance of the first of Mozart’s so-called ‘Prussian’ string quartets was ideal in every way. Thought to be written to commission from King Friedrich Wilhelm II, these works elevate the cello from its role of supporting harmony and texture to providing melody in its higher register, a task that Petr Šporcl rose to with some distinction. In the Trio of an otherwise charming Minuet his floated melody was initially elusive, in perfect keeping with Mozart’s less than conventional rhythms. Elsewhere the singing tone of Helena Jiříkovská frequently drew the ear, bringing out the cantabile nature of Mozart’s writing. There was a carefree nature to much of the music, despite its origins in a period of financial adversity for the composer, and the give and take between Jiříkovská and Radim Sedmidubský’s viola with the first movement theme was a particular source of enjoyment.

The clouds gathered for Schubert’s masterful but shady A minor String Quartet, and the importance of Daniela Součková’s beautifully shaped violin figurations was abundantly clear from the outset of the outer movements especially. Through listening to each other’s contributions closely and making frequent eye contact the quartet-members secured an ideal balance, so that even the smallest of Schubert’s details could be clearly heard. This helped in capturing the insecurity of the Minuet, Šporcl leading off confidently, the others interpreting Schubert’s emotion with uncertain responses. This mood of anxiety carried through from the middle section of the first movement, and even the calmer, relatively contented ‘Rosamunde’ music of the Andante – taken quite quickly here – had its uncertainties in the feathery responses to the main theme. As in the first movement Jiříkovská assumed a role equivalent to that of a singer, with the others her accompanists – but the balance was never compromised.

These two performances were consistently high in technical quality and intonation, with a purity of sound that caught both the light of the Mozart and the shade of the Schubert beautifully. In essence, this was chamber music-making at its very best.